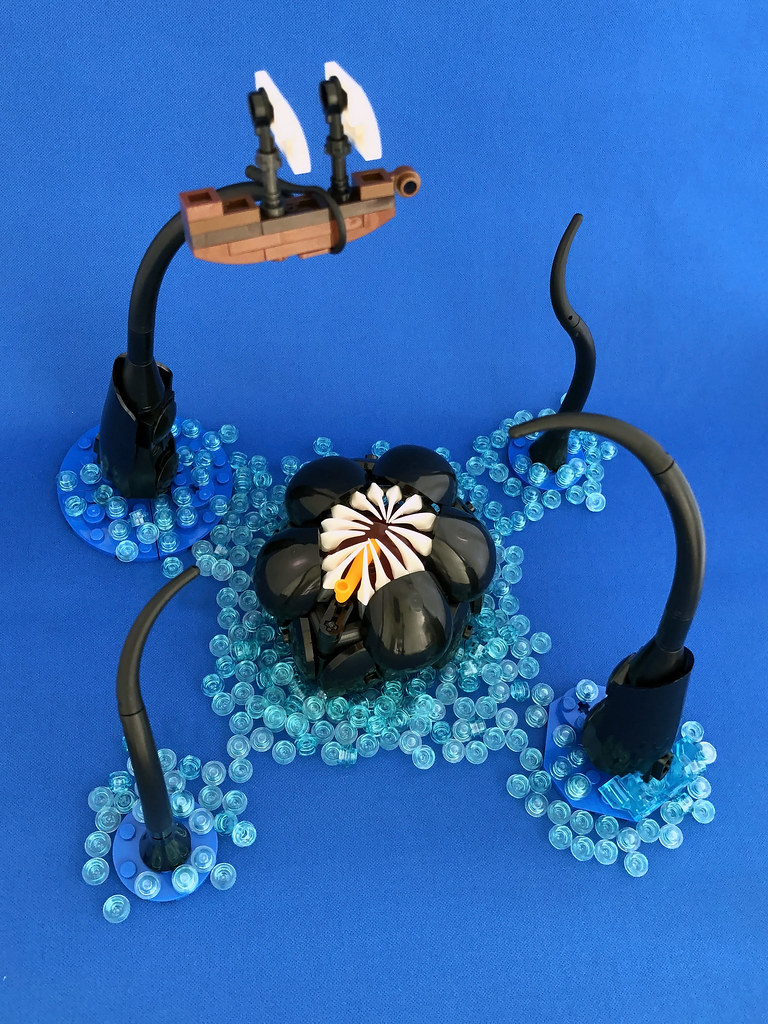 Yet another cool entry in the 2019 Bio-Cup. This build by Matt Goldberg (Ballom Nom Nom) (Flickr, Instagram) is based on the Charybdis sea monster of Greek Mythology (wikipedia entry).

I like the “installation art” approach over a traditional brick-built base as it adds to the effect of the sea monster appearing out of nowhere and surprising the unsuspecting ship crew. The microscale brick-built ship is quite nice and the sea monster turned out really creepy too. And is that a whip piece grasping the ship?